Shopping Cart
Your Cart is Empty
Quantity:
Subtotal
Taxes
Shipping
Total
There was an error with PayPalClick here to try again

Thank you for your business!You should be receiving an order confirmation from Paypal shortly.Exit Shopping Cart

Our Story & the album Big Star!

Carmen Lee was practically born into this world singing , which seems appropriately fitting since even her name ‘Carmen’ means ‘song’ in Latin. Her first song, written at the age of four years, is a bluesy tune in which she sings and accompanies herself on an old upright piano; the only lyrics being “It’s a hard way of livin’, do do dah, do do dah”. It’s hard to imagine that a four year old could understand the troubles of a hard life, but Carmen sang it with such feeling and conviction that it made folks wonder if she was an old blues singer re-incarnated! Although she never had vocal lessons, Carmen began piano lessons at the age of eight and continued with lessons until she graduated high school. She won numerous awards in her school years with classical music; playing Chopin piano nocturnes and waltzes, singing Italian arias, and acting in school plays and musicals. But when it was her choice to pick a song for a concert, she would always choose her favorite - Elvis Presley.

Carmen’s love of rockabilly/country music began at the age of twelve at a dime and dollar type store in her small hometown. It was the first time she had ever purchased music with her own money and when she looked down and saw a red and black album on the counter, she was immediately drawn to it. Something inside told her to buy it; and with one listen to Elvis Presley’s Christmas album , Carmen was hooked. Something in the music resonated with her and she began to listen to any Elvis records she could get her hands on. She watched Elvis movies and longed to sing in her own band. But the journey to forming her band would take several more years.

As soon as Carmen got her driver’s license at age sixteen, she landed her first gig. She became a ‘lounge’ singer at a local bar, playing piano and singing pop tunes while customers drank and dined. Her tip jar was duct taped to her keyboard and she made only five dollars an hour, but at least she was doing what she loved. It wasn’t long though before the lounge act got old. Too many requests for ‘The Piano Man’ and other pop tunes while Carmen longed to write her own music. Once she graduated high school she left her small town for a bigger city. At the age of eighteen she began seriously writing her own songs. In fact, her album's title track 'Big Star' was written at this time. She performed solo at coffee houses and other venues and sang with various bands, but it wasn’t until 2007 that she decided to formed her own band ’Carmen Lee and the Tomorrow River Two’.

Carmen Lee and the Tomorrow River Two’ pays respect to Elvis, Johnny Cash and the 50s/Sun Studio sound. Even the name ‘Carmen Lee and the Tomorrow Two’ is an homage to the original ‘Johnny Cash and the Tennessee Two’ as well as to Carmen’s hometown, which sits along the banks of the Tomorrow River. The group consists of Carmen Lee on vocals, Carmen’s father (whom they just call ‘Orlow’) on vocals and acoustic guitar and Clinton Miller on electric guitar. Occasionally original member Elloitt Abbott steps in on stand-up bass. When it was time to form the trio, Carmen asked her father to be in the group because she had performed with him her whole life. He was in bands when Carmen was young and, in fact, Carmen’s mother used to sit her in the middle of her father’s band practices as a baby if she was fussy, as she was always content around music. And fate intervened when close family friend Elliott Abbott agreed to join the group out of a common love of rockabilly/country music. So began the weekly practices, live gigs and eventually the recording in 2011 of their first album Big Star.

Big Star consists of 13 original songs, ten of them written by Carmen Lee and three of them written by her father. It features Carmen Lee on vocals and piano/organ, her father on vocals and acoustic guitar and Elliott Abbott on stand-up bass. Special guest artist Clint Jameson (on electric and steel guitar) appears on several songs as well, including Tomorrow River (written by Carmen Lee) which is a nostalgic look into the sleepy, no stoplight town where the band members reside. Clint also often sits in with the trio for live gigs and the band is always open to and looking for new talent. Another crowd favorite from the new album is The Butcher (written by Carmen Lee) which showcases Elliott Abbott’s slap style stand-up bass technique. This song tends to be a favorite for Halloween with it’s Death March intro and is about the sordid life of a Butcher who once had dreams that are now lost and has resigned himself to a Butcher’s life. The most popular of all the album’s songs is the title track Big Star (written by Carmen Lee). This song has become Carmen Lee’s brand. It is often compared to and sometimes mistaken for an early Johnny Cash song. It is all about becoming a success and leaving those who treated you unkind behind in the dust. As the song says ‘I’m gonna be a Big Star, now you can shine MY shoes!’. 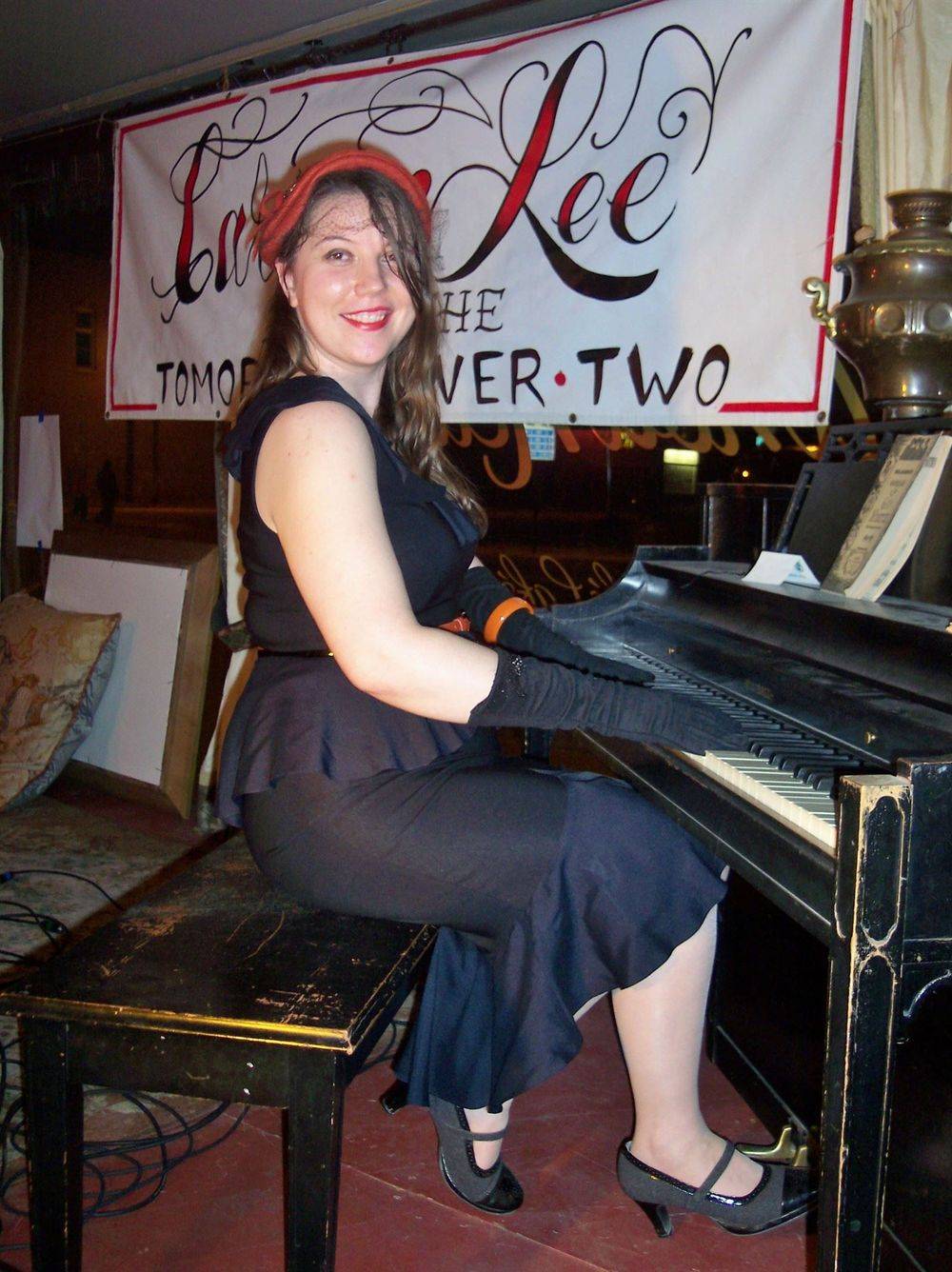 Along with fronting her band, Carmen is also a vintage pin-up model who has been published in numerous magazines both nationally and internationally. She runs the online clothing store Big Star Vintage and also freelance writes for many retro/vintage magazines and websites. Clint Jameson is an accomplished solo vocalist and guitarist with more than 10 albums to date. He has recently filled in as a full time member playing electric Telecaster with the band now that stand-up bass player Elliott moved away. You can find his solo work at www.clintonjmiller.com Gregg, otherwise known as 'Orlow', has been performing with various groups since the 70s. He also has his own band 'Orlow & CWB'. Both Carmen & Elliott can be heard as special guest artists on their 1st album which was released in 2009. 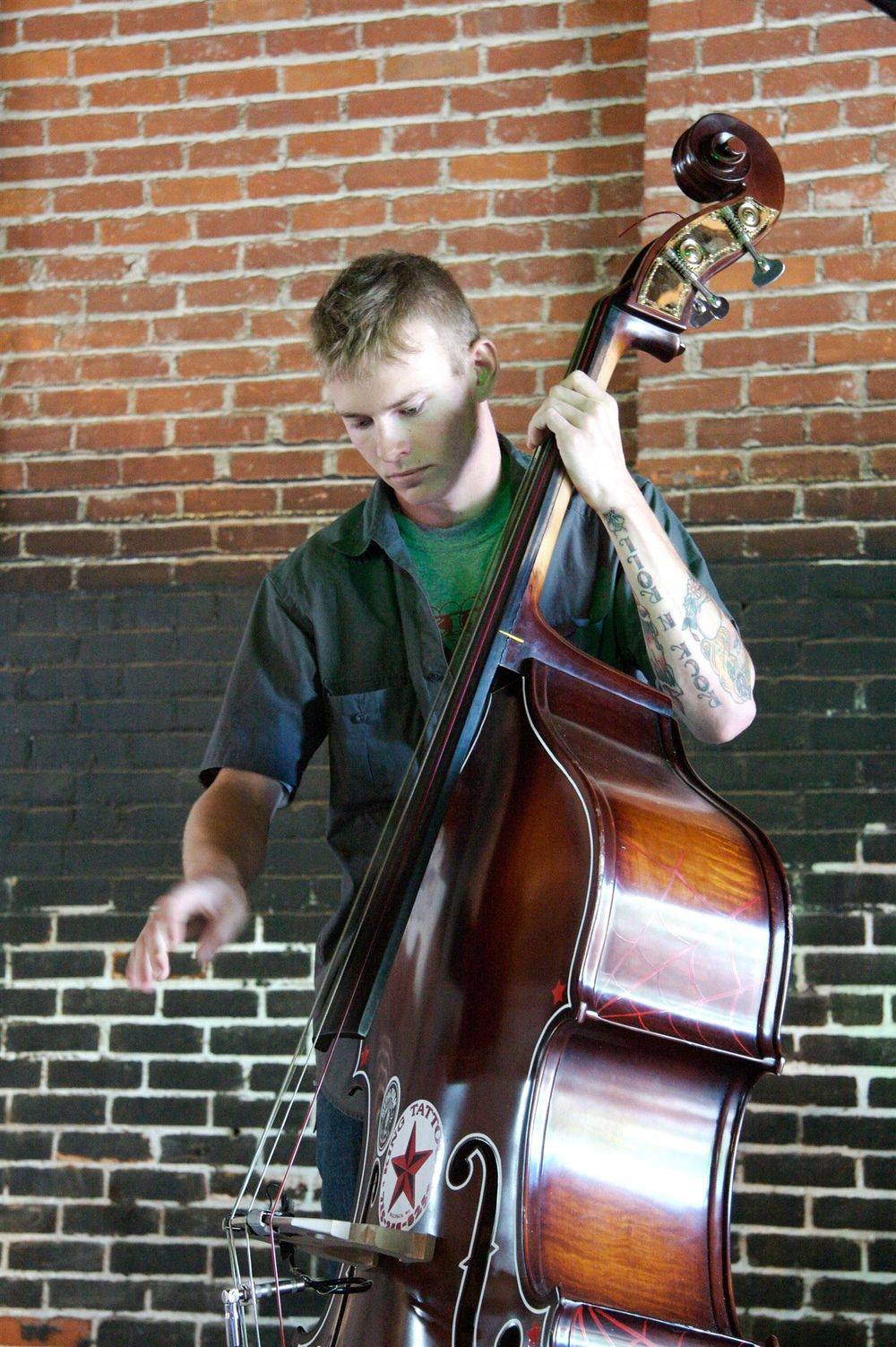 Elliott is a tattoo artist who works with pinstriping as well as other art mediums. He is also a snowboarding enthusiast who currently resides in Montana but still plays a handful of gigs per year with the band.